National Hispanic Heritage Month is an annual observation that began in 1968 and runs from September 15th until October 15, 2021

Unlike Asian-Pacific, Black, and women’s history months, which all begin at the start of a given month and end on its last day, National Hispanic Heritage Month runs from the middle of September to the middle of October due to the culturally significant events that took place between these dates. September 15th is the anniversary date of independence for Costa Rica, El Salvador, Guatemala, Honduras, and Nicaragua, while September 16th and September 18th are the anniversary dates for Mexico and Chile, respectively. Hispanic Heritage Month ends three days after Dia de la Raza, October 12th, which marks the arrival of Christopher Columbus in the Americas. To find out more about National Hispanic Heritage Month, check out their official site at https://www.hispanicheritagemonth.gov/

We at Unicorn Jazz are excited and delighted to give homage to our country’s Latin-American children’s book authors during this time of recognition for our country’s Spanish speakers, thinkers, and doers who have made the world a better place for kids through their wonderful words and creative minds.

Help celebrate National Hispanic Heritage Month this year by subscribing to the following authors on social media today and checking out their other amazing children’s books! 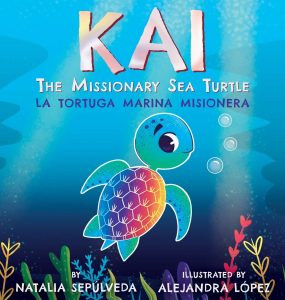 A bilingual book in English and Spanish, Kai the Missionary Sea Turtle is a book on inspiring children to share the Gospel of Jesus Christ through fun underwater adventures that also include a jellyfish hide and seek game and naming guides for instruments and animals. 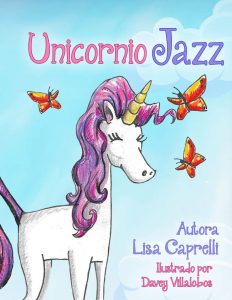 A children’s story written by our very own Latin-American author, Lisa Caprelli, book one of the Unicorn Jazz series is available in an easy-to-read Spanish translation of the English version.

3. “I have a secret! | ¡Tengo un secreto!” by Maritere Rodríguez Bellas @latinaboomermom 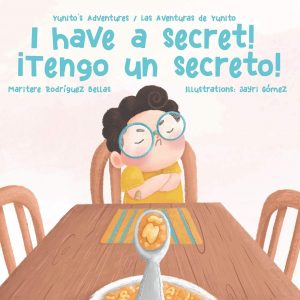 In this bilingual children’s book, we follow the adventures of Yunito as he faces a common dilemma: having to guard his secret by doing everything he can from letting it get out. The book addresses the concept of friendship and cultural pride by providing a fun and clever way to instill the love of language. 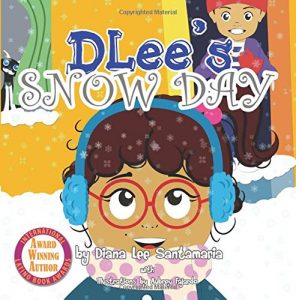 Published as a bilingual story in English and Spanish, this winter tale captures the beauty and magic of a child’s first snowfall through the perspective of DLee, her brother Angel, and their curious cat, Mr. Mustache. 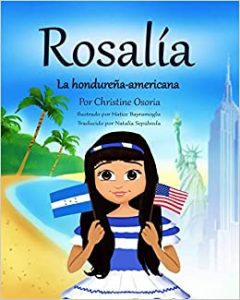 The Spanish version of Rosalia – The Honduran American, a story about a young Latina girl growing up in America. One day in class she is assigned a cultural project where Rosalia has to share information about the country she’s from. Seeing as how no one in her class has ever heard of Honduras, she is afraid that she may not do a good job of introducing her class to her family’s culture. 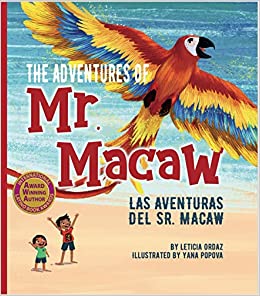 Featuring English and Spanish on every page for easy language comprehension for early readers, Mr. Macaw’s Paleta Adventure is a spellbinding celebration of Latino culture. It whips up the fun of bilingual education from the very beginning, building vocabulary and fostering a positive view of lovable Latinx characters through evocative cultural imagery, enjoyable ways to practice Spanish, and a special touch of magic! 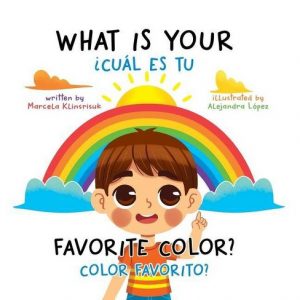 A bilingual English-Spanish book intended to teach children about discovering our colorful world, kids will learn more than just the colors in both languages as the book also includes common words and phrases to memorize, as well as beautiful color illustrations that all add to the experience of enhancing a child’s vocabulary. 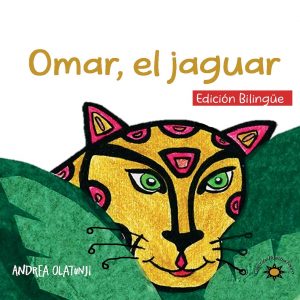 A bilingual book that encourages us to embrace diversity and care for our environment, Omar is a lonely jaguar looking for friends to play with. He encounters some animals that invite him to be their friend but he refuses because he thinks these buddies don’t look like him. Thus, they are not fit to play together. Later on, he realizes that they have more in common than he thinks and that being different can be an advantage after all. 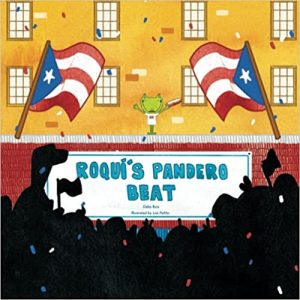 A story about Roquí, a coquí frog who lives on the beautiful island of Puerto Rico. Roquí has a big dream of playing plena music on the pandero drum, but he is afraid his small size will get in the way of becoming a musician. 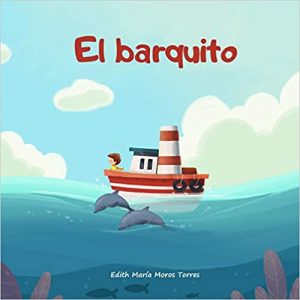 A simple story full of adventures and emotions with great illustrations that will take your little one’s imagination to the stratosphere, El barquito tells a tale about a boy who is separated from his cousin after moving to a new country. Being alone in his new country he meets a little boat with whom he creates a beautiful friendship. This beautiful story promotes the ideal hope that no matter how far away one may be from family and friends, there is always a way to keep in touch with everyone we love. 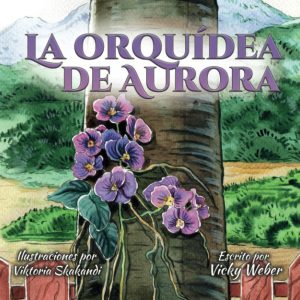 The Spanish version of Aurora’s Orchid, this story is about a woman named Aurora, a beloved mom to four young children, who plants an orchid with her kids in her childhood home in Rincon, Puerto Rico, and spends the summer teaching them to tend to it in the hopes that it would grow into the beautiful plant she knew it could. A heartwarming tale based on a true story that shows how the thoughtful guidance of a loving mother could teach patience while leaving a lasting and beautiful impact on those around her. 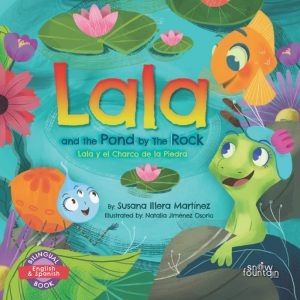 A story about overcoming challenges by joining together to help the community, this book follows the adventures of Lala, a lizard who doesn’t eat insects and has a spider for a best friend, as she battles the trash and pollution that overwhelms the Pond by The Rock. 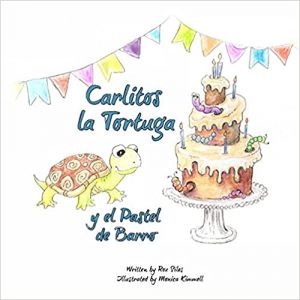 The Spanish version of Charlie the Turtle and the Muddy Birthday Cake. A charming story of a little turtle who faces some challenges on his way to his best friend’s birthday party. Is this little turtle ready and determined enough to overcome any obstacle to make his way to eating a muddy birthday cake? 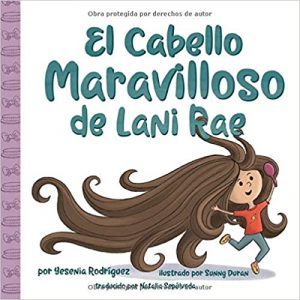 The Spanish version of Lani Rae’s Marvelous Hair, this story is about a little girl with many interests and lots of hair. Find out how she discovers the power behind friendship and kindness when she learns that her best friend needs help as she searches for a way to make things better.