Our oceans make up over 70% of our planet, so when we celebrate Earth Day every April 22nd, we’re not just taking the time to appreciate and bring environmental awareness to the nature that we have and enjoy on land, we’re also doing it for the plants and animals in our oceans too.

There’s a whole world underneath us that requires our attention as well. Life under the sea can’t survive without us people taking the initiative in keeping their ecosystems clean from man-made substances for prolonged habitation. It’s just as important to bring awareness to the plants and animals of our oceans as it is for land animals, after all, our planet wouldn’t do too well on its own without them!

Listed below are the most abundant plants present in our oceans that help keep our planet and its marine life thriving. To find out more about life under the sea, be sure to check out Lisa Caprelli’s “Ocean Animals” children’s book, part of the Unicorn Jazz illustrated series.

The Wonderful Aquatic Plants of Our Oceans: Providing Food & Shelter for Marine Animals 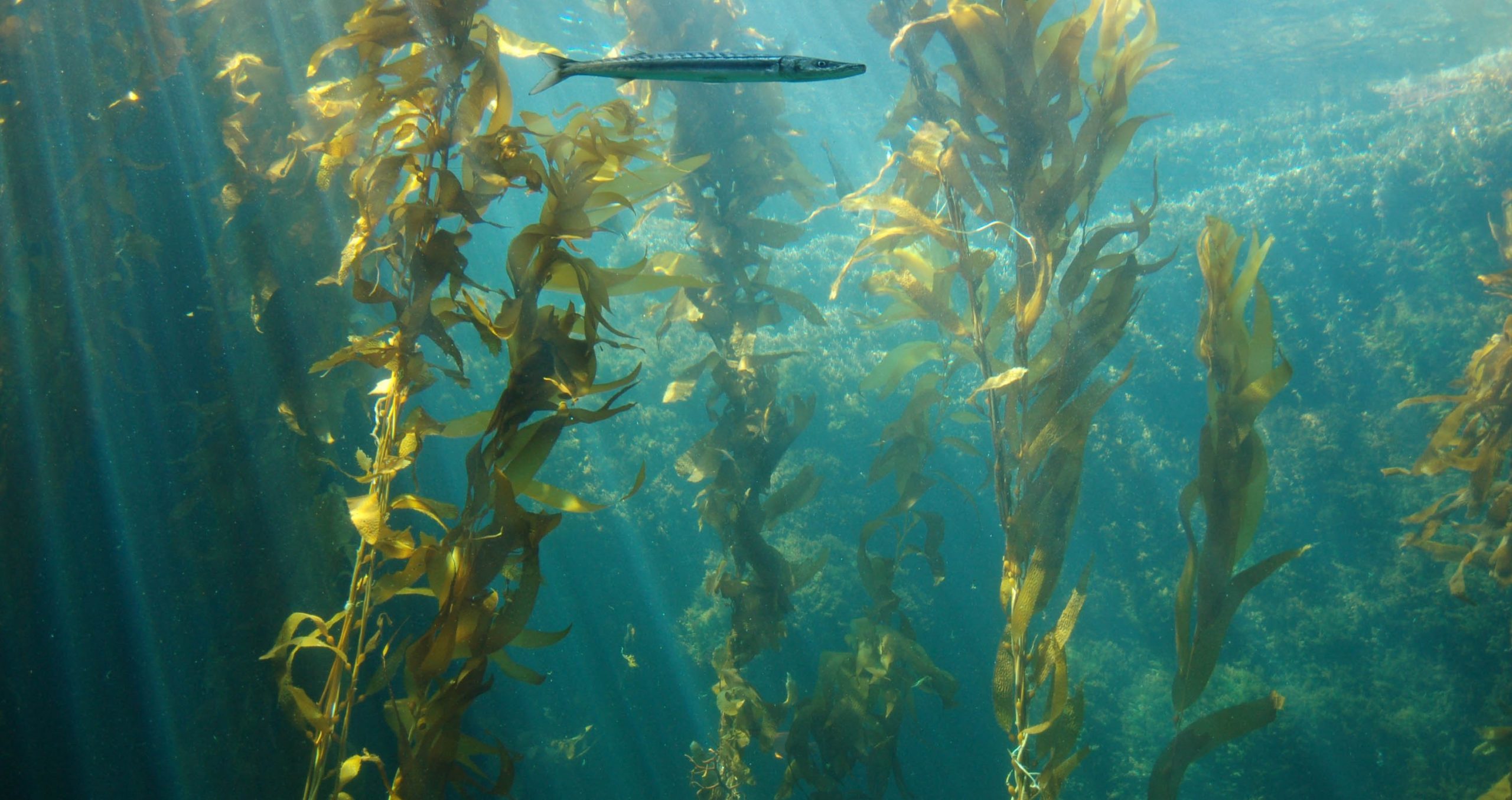 Kelp forests are one of our oceans’ most wonderful creations. First appearing in the Miocene Age around 5 – 23 million years ago, kelp is a seaweed that can grow up to 18 inches a day in shallow waters and can reach a total length of up to 260 feet!

With over 30 types of species to its name, kelp and its underwater forests serve a wide range of functions for the habitats of our ocean animals, such as protection for nursing young ones and as shelter from predators. Many species also rely on this seaweed as a food source itself. Being a type of seaweed, kelp can even be enjoyed by humans!

Kelp forests grow on the surfaces of clear and shallow coastal waters. Like all plants, the aquatic kelp relies on sunlight as a source of food and energy to grow and requires a temperature of around 43-57 F. 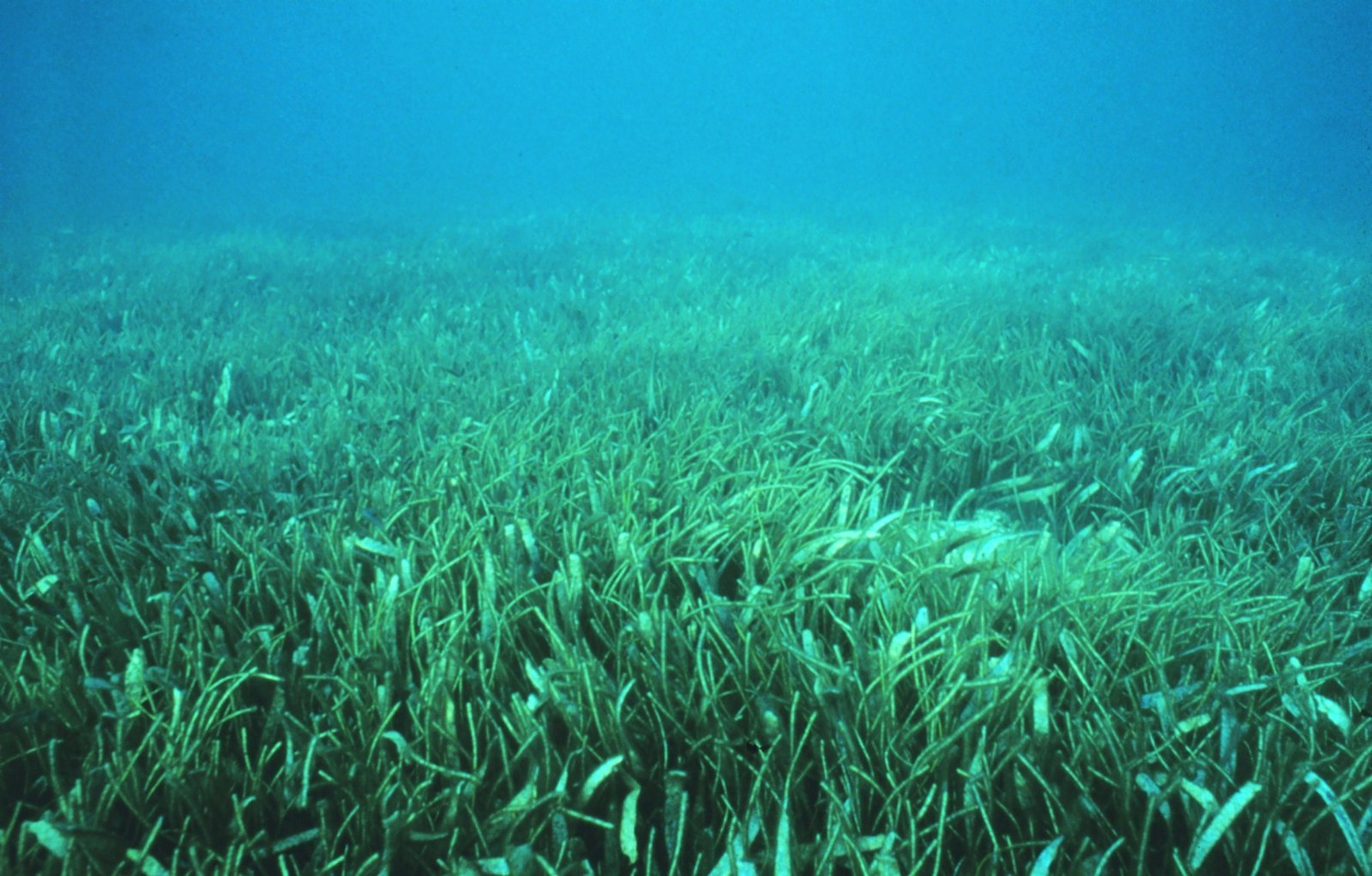 There are over 60 kinds of seagrasses in existence. The only aquatic plant considered a flower, seagrasses evolved from land plants giving a new habitat to our oceans around 70-100 million years ago.

Seagrass grows in meadows in the same manner kelp grows in forests. They require shallow waters with either a sand or mud surface to anchor into and are perhaps the most important plant food for the ocean animals of our planet, including sea turtles, dugongs, manatees, crabs, sea urchins, and even birds like swans and geese.

Seagrasses are known as ecological engineers due to their beneficial properties. Not only does seagrass oxygenate our oceans, but it also absorbs carbon from entering the atmosphere too! However, unlike kelp, seagrasses are not edible for humans! 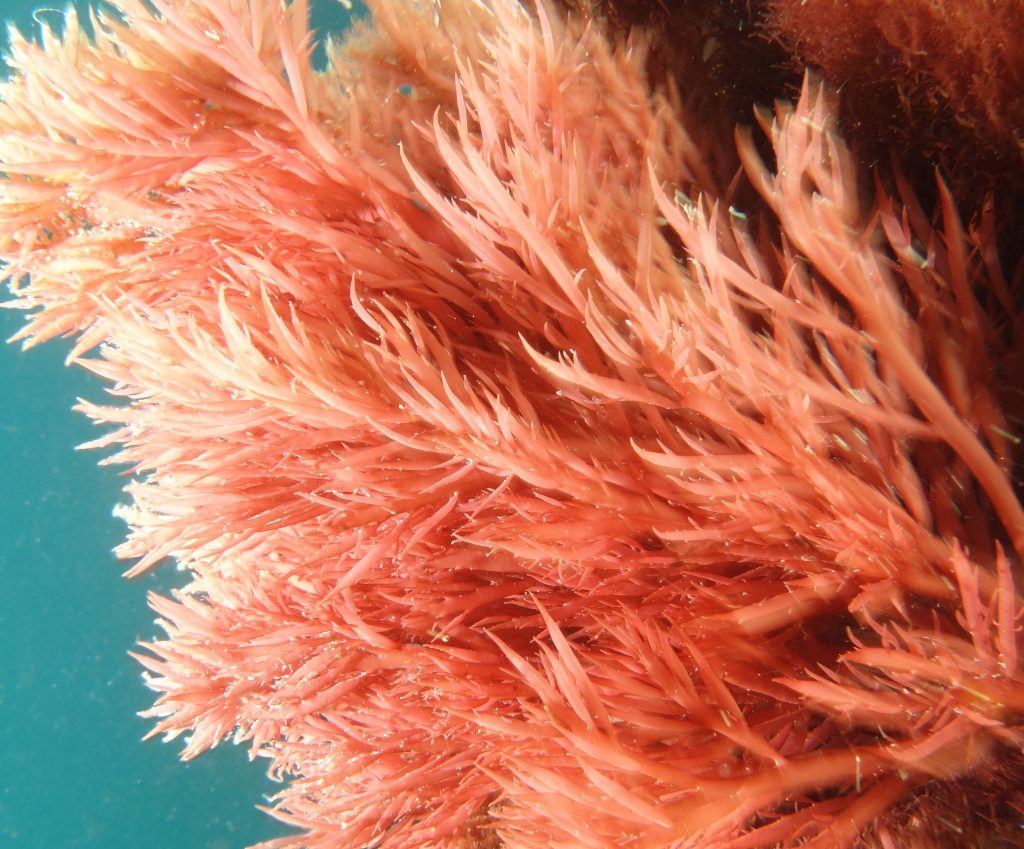 Red algae is an umbrella term for the over 7000 types of species under its name. That’s right, over 7000! The reason why there are so many different kinds of red algae is that it is one of the oldest living species still in existence today, first making its mark on the world as far back as 1.6 billion years ago – that’s a lot of time for evolution!

Many red algae are found living on rocky substances, other algae such as sea moss, and even some animals. Due to the nature of their growth and the nutrients they provide to their ecosystems, red algae play a crucial role in the formation of coral reefs. There are a few saltwater red algae types that can be found growing on sandy shores. About 95% of all red algae species are found in our saltwater oceans while the remaining 5% live in freshwater habitats.

This aquatic plant is loved by both sea animals and people alike as a food rich in nutrients, including antioxidants, proteins, vitamins, and essential fatty acids. Red algae can commonly be found in meals such as soups and salads and as ingredients in condiments, especially in the far eastern Asian countries of China, Korea, and Japan. 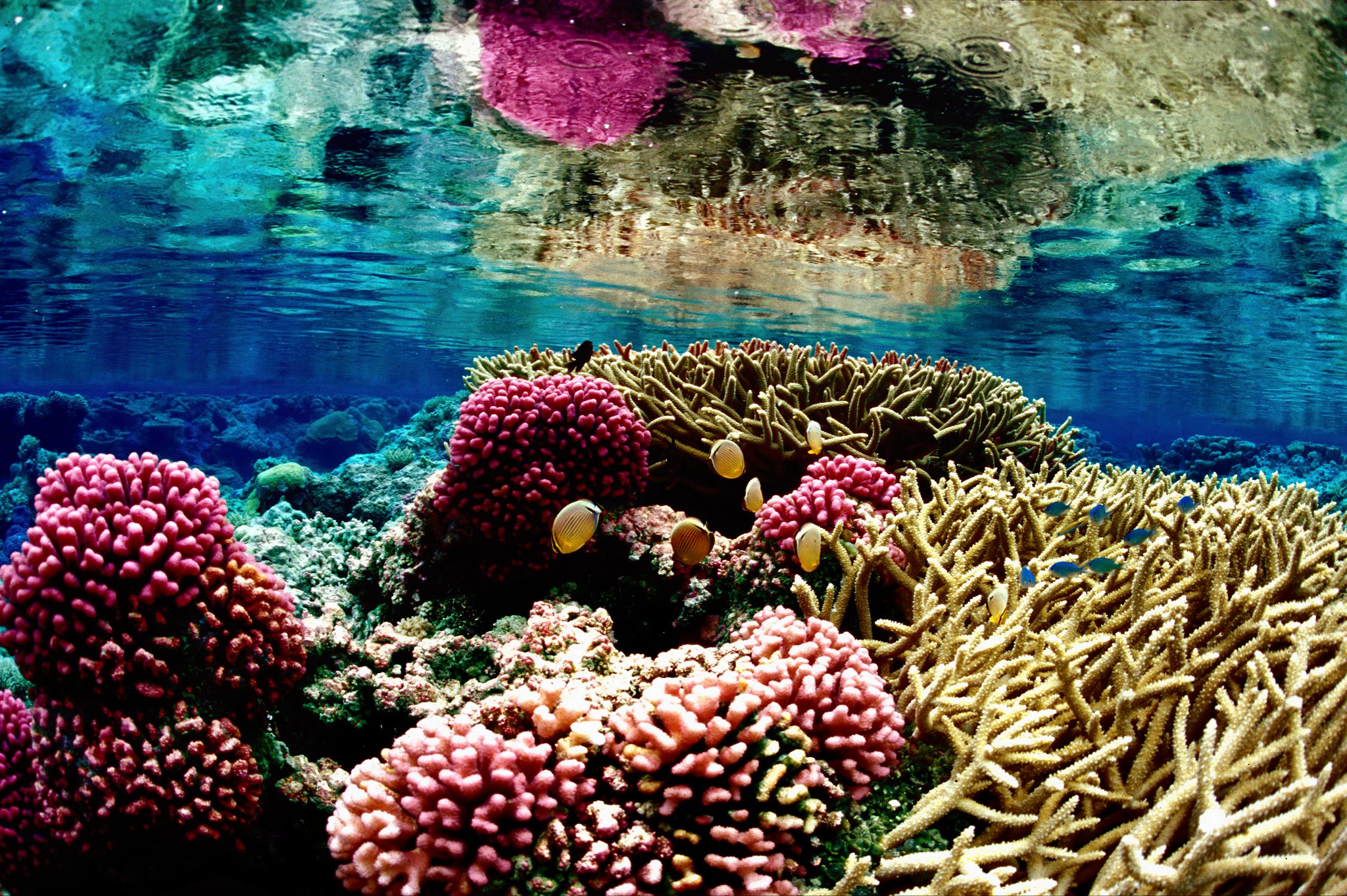 By looking at their appearance alone, it’s easy to think why so many people consider corals to be aquatic plants, after all, they are nicknamed “The Rainforests of the Sea”, but in reality, these sponge-like creatures are actually ocean animals themselves!

You read that right! Corals and their reefs are classified as sea animals since they are living creatures that produce no food of their own, unlike algae and seagrasses. Also unlike algae and seagrasses, corals have a hard texture. The sponge material that they’re made of is actually their exoskeleton, which helps not only corals for protection but also provides homes to at least 25% of all ocean life, such as various fish, mollusks, worms, and other sponge-like creatures.

The first corals and their reefs formed 485-535 million years ago in the Early Ordovician Era. Today, there are around 6000 different species of corals that grow in all kinds of places in our oceans, from shallow waters to deep depths. Typically, most reefs are found in shallow tropical waters where they can get lots of sunlight, but there are several types of corals that can be found in the coldest regions of our deep oceans, some of which can survive as deep as 10,800 feet underwater. 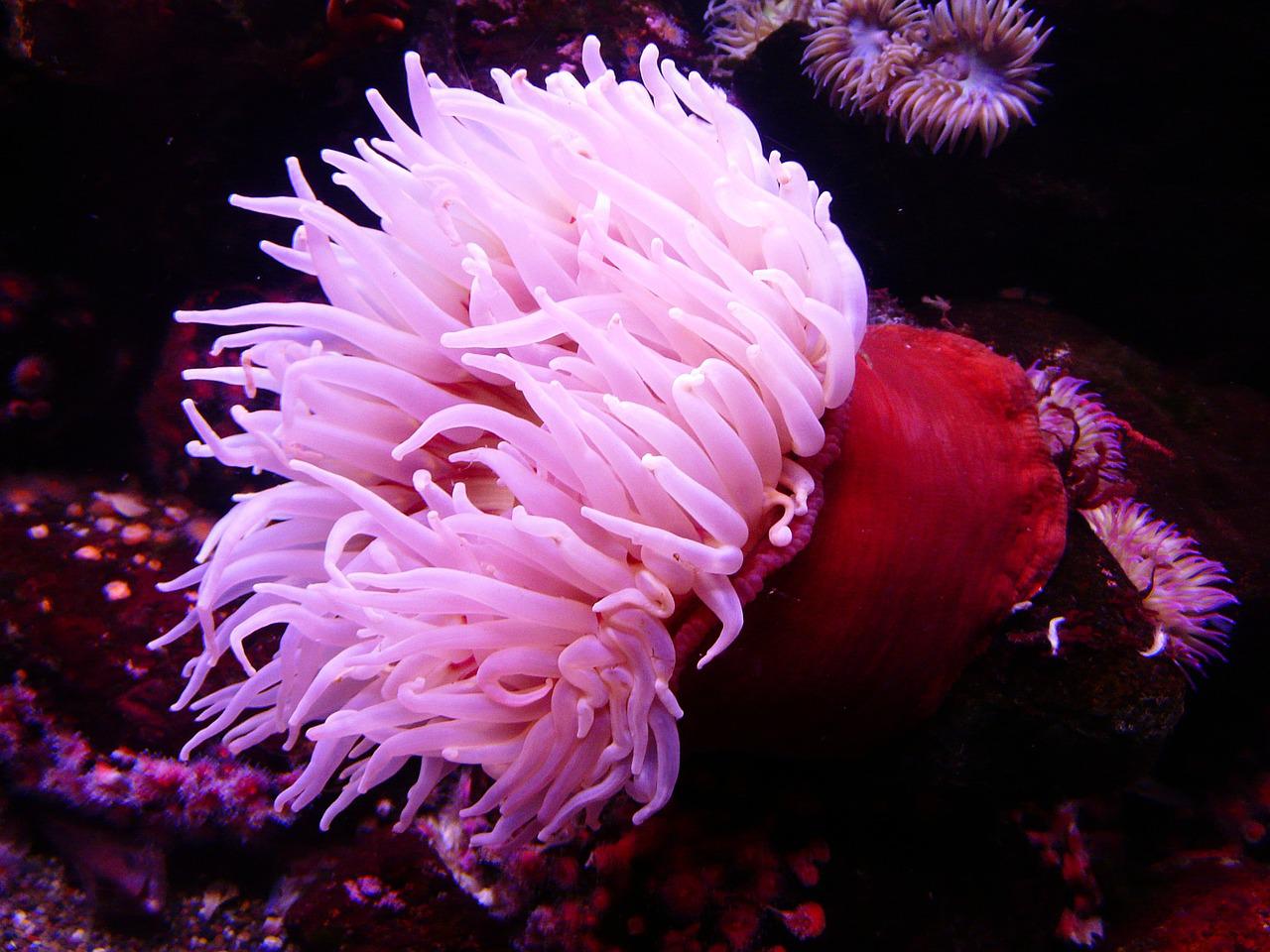 Sea anemones are another type of ocean animal commonly mistaken for aquatic plants. Named after the actual land flowers, these creatures come in a variety of colors like their namesake counterparts, including red, orange, yellow, green, blue, white, and even brown!

Sea anemone can be considered cousins to the jellyfish, which can also sting prey for food and even people who touch it! However, unlike jellyfish, sea anemones tend to stay in one place, connected to a rock or even a crab shell, only gliding to another area when conditions are undesirable.

There are over 1,000 species of sea anemone living throughout our oceans. Some can be as small as less than an inch, while others can be as long as five feet wide. When not attached to a hard surface, sea anemones tend to burrow themselves into coastal sand or mud. They also offer shelter from predators to clownfish who are unaffected by their stings.