A Kid’s Guide Through the Solar System: Part 2 – Mercury

Hello and welcome to part two of our journey through our fascinating solar system! We visited the Sun in our previous part one, the only star in our solar system. Now it’s time we move on to its first (and smallest) planet with a solid rocky surface – Mercury! 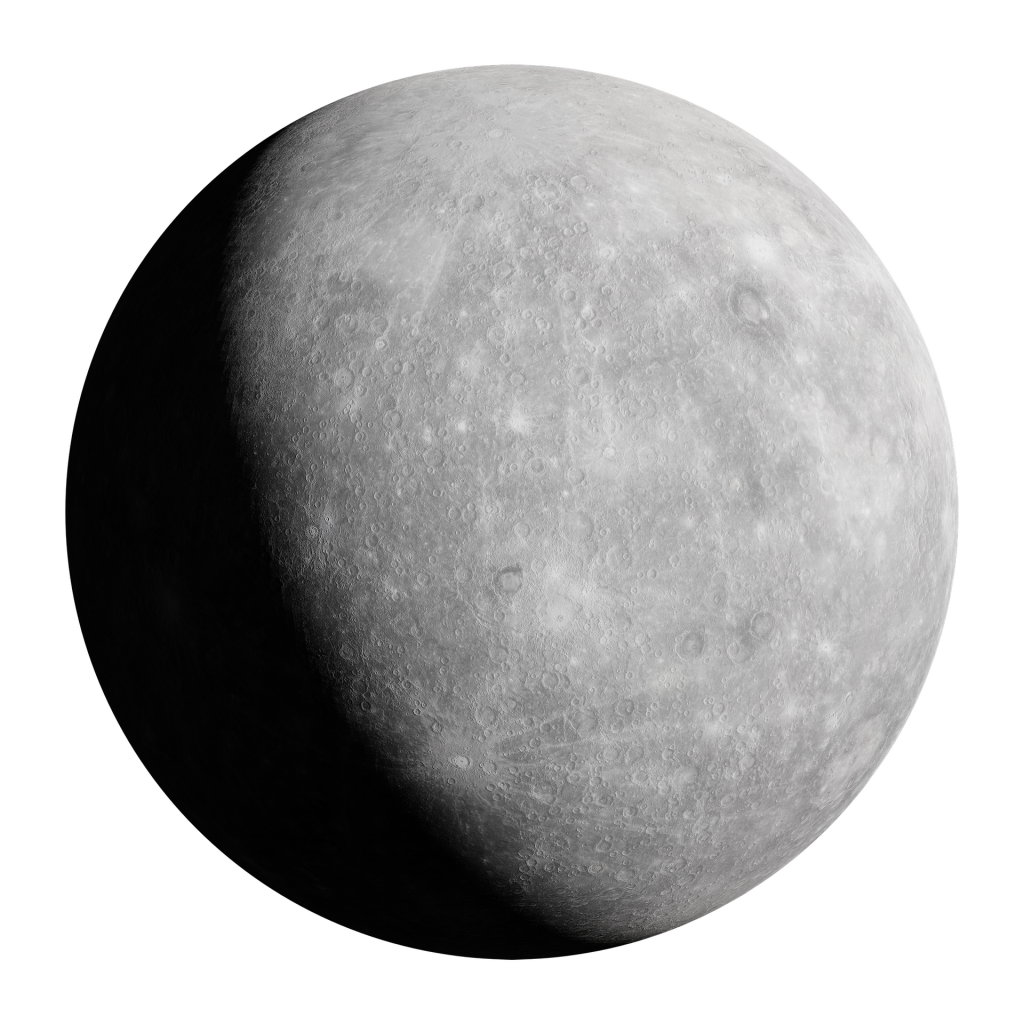 Like Venus, Mars, Jupiter, and Saturn, no one really “discovered” Mercury. The existence of these planets has been known to us since ancient times as they can be seen under a starry sky without a telescope. However, this doesn’t mean that Mercury is easy for astronomers to observe, even with the technology of modern science.

There are a number of things that have prevented scientists from making detailed observations about the planet for ages. For starters, Mercury is very close to the Sun, the rays of which make it difficult to see through its brightness to get a good look at the planet.

Secondly, Mercury never reaches a high enough point in the sky to get a clear view of it from Earth, and when it does come out it’s only during sunrise and sunset when the atmosphere is at its thickest, making any images of the planet from Earth appear distorted.

Lastly, with a diameter of 3,032 miles, the planet is roughly just about the size of the United States! While America may seem like a big country to us in landmass by our Earth standards, for that to be the size of a whole planet, that’s actually really small, making Mercury that much more difficult to observe from our own planet. 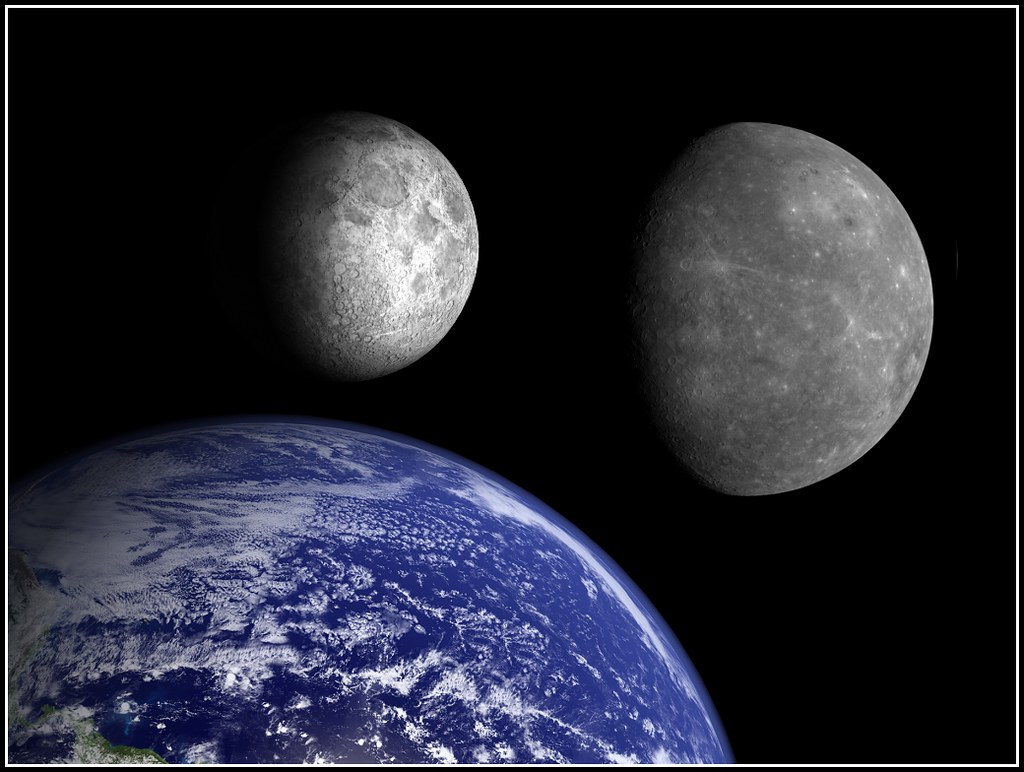 Comparing the size of Mercury (right) to Earth’s moon (left).

The least explored of the rocky terrestrial planets in our solar system, only two spacecraft have visited Mercury so far, both unmanned and launched by NASA. In 1973, space probe Mariner 10 was the first sent out to take pictures of the planet in orbit. It managed to scan roughly 45% of its surface.

The second spacecraft, named Messenger, was launched for Mercury in 2004 and was able to enter inside of its orbit by 2011, being the first space exploration device to do so. In 2015, the Messenger probe broke another milestone by being pulled in by the planet’s gravity and actually landing on its surface! The findings of Mariner 10 and Messenger were extremely influential in that they allowed astronomers to finally understand things about the planet that were only shrouded in mystery before.

An average of 93 million miles away from our home planet of Earth, Mercury’s surface looks much like that of our moon’s – gray with holes and crater impacts that came from comet and asteroid collisions, but with more ridges and wrinkles.

A planet with no moons of its own, Mercury also lacks an atmosphere like the one we have on Earth that causes our sky to be blue when the Sun is out. No atmosphere to this planet means that on Mercury the sky is always dark, even on the side that’s facing the Sun! 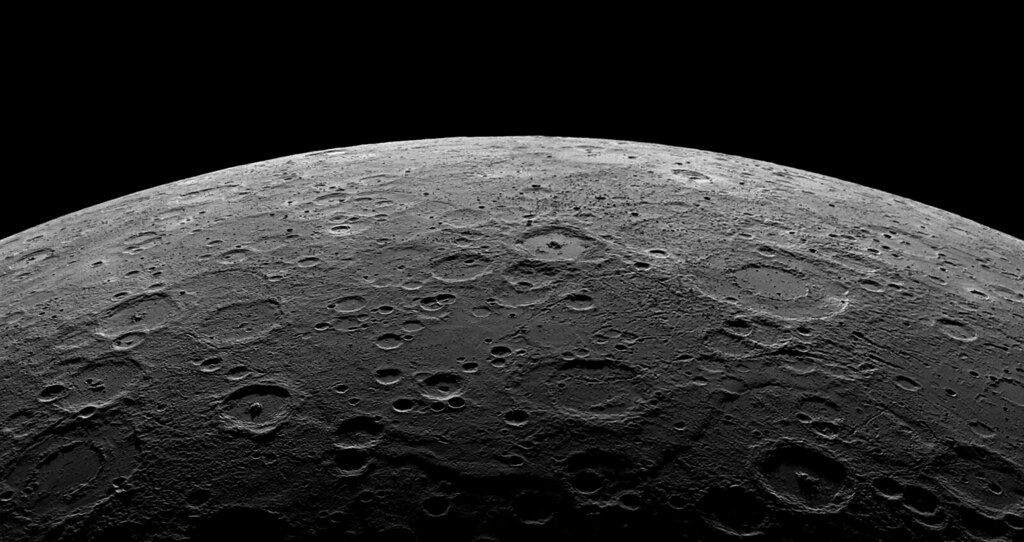 Without a proper atmosphere, Mercury doesn’t have weather like we do here on Earth. That’s right! No rain, no wind, no snow – anywhere on the planet. However, even without experiencing weather, Mercury is still known for its wildly extreme temperature swings which can range from 809 F to -292 F. With over a 1000-degree difference between its highest temperature and its lowest, Mercury has the widest temperature swing in the entire solar system!

During its daytime, the temperature on Mercury gets so hot that even lead starts to melt on its surface, and it’s not even the hottest planet in our solar system! (That title goes to Venus, which we will visit in the next Part 3 of our solar system journey).

There are two main reasons for the wild temperature swings on Mercury:

Mercury’s orbital motion around the Sun. Note the elongated egg shape of this planet’s cycle and how slowly it rotates on its axis compared to how quickly it moves around the Sun.

What this means is that while one day for us on Earth is equal to 24 hours, on Mercury, it takes 1,416 hours for the Sun to rise, set, then rise again! So one year on Mercury is equal to a day and a half. That’s some pretty weird time telling, huh?

While Mercury moves really fast around the Sun, causing a super quick year of 88 days, the reason for this planet’s crazy day and night cycle is that it spins very slowly on its axis, resulting in much longer days and nights compared to Earth. 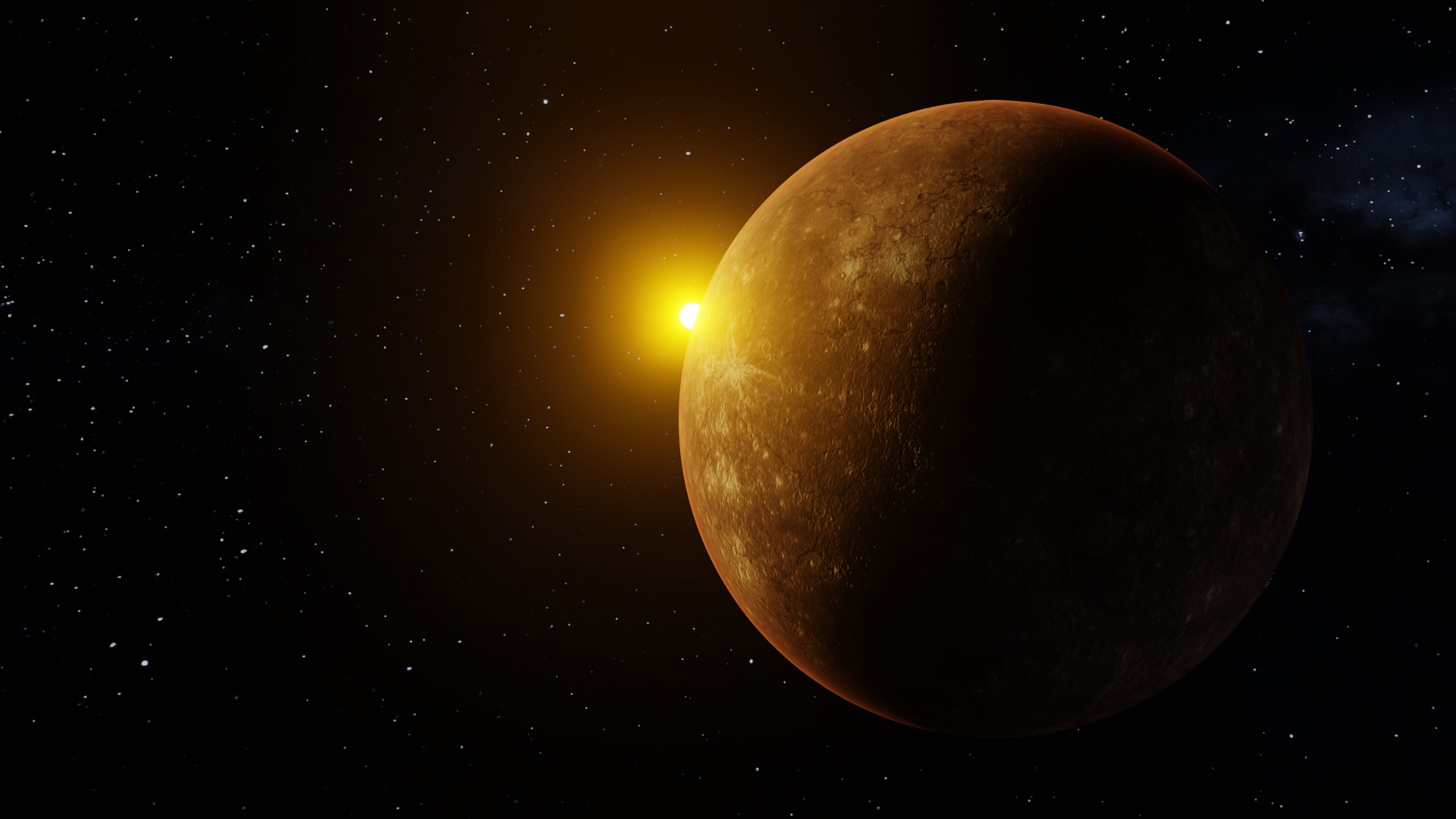 Thanks for reading Part 2 of Unicorn Jazz’s Solar System Guide for Kids as we journeyed through Mercury!

Hope you learned something interesting and, most importantly, hope you had fun! Join us next time as we visit the second planet in our solar system – Venus. See you there!