XEN is a Kid Rock Band: Introducing the Next-Generation of Rockers

A diverse three-member rock band with a background mix of Chinese, Mexican, Honduran, and Hawaiian musicians, XEN, composed of fourteen-year-olds Eva and Noe and eleven-year-old Xaden, is a next-generation musical group based in Southern California inspired by grunge, rock, punk and new wave.

More than a Kid Rock Band

Together, Xaden, Eva, and Noe (XEN) are avid rockers who play songs from the GoGo’s, System of the Down, Nine Inch Nails, Nirvana, Le Tigre, and more along with their own unique originals! XEN has previously performed at popular local venues and events, such as the OC Fair and the Harvest and Lantern Festivals, and has many upcoming shows lined up, including the Brea Eagle Christmas Lights and the ACCC Heart of Christmas Event in December, as well as the Lunar and Lantern Festivals in January and February 2023 in Riverside and Eastvale.

Inspiring Young Rockers of All Ages

Cousins Eva and Xaden always dreamed of being in a rock band together, while best friends Eva and Noe had been making music together since they were 10. The three came together and formed XEN, the next generation of rockers playing songs from the 80’s, 90’s, current songs, and even their own originals. The vibrant young musicians of XEN love to see their audiences singing along to their inspired vocals and tones while introducing fellow kids to some of the best rock songs of the past. Although there are always a few fans who are surprised to see a “kid” band playing some of their favorite songs, there have been many contemporary rockers who said that they know they are leaving rock in good hands with XEN. XEN not only loves playing music and jamming out themselves, they also love watching their audiences sing along and dance around no matter their age. After all, concerts and music shows are pieces of time where everyone can focus on having fun and forget the stresses of everyday life, and who doesn’t need that now?

Ultimately, XEN would love to be known as talented musicians who bring fun and inspiration to others through music who just happen to be kids who can really rock! Giving Back & Community Involvement: Sharing the Gift of Music

XEN has always been a big believer in giving back and are honored to donate their time and performances to causes that mean a lot to them. The Walk for Alzheimer’s is one they support because they all have lost someone to the disease and want to be able to support those families impacted by Alzheimer’s. This year they are also supporting the Aaron Community Cultural Center (ACCC ), an organization that assists families in Los Angeles who are in dire need for a special Heart of Christmas Event on December 17, 2022. 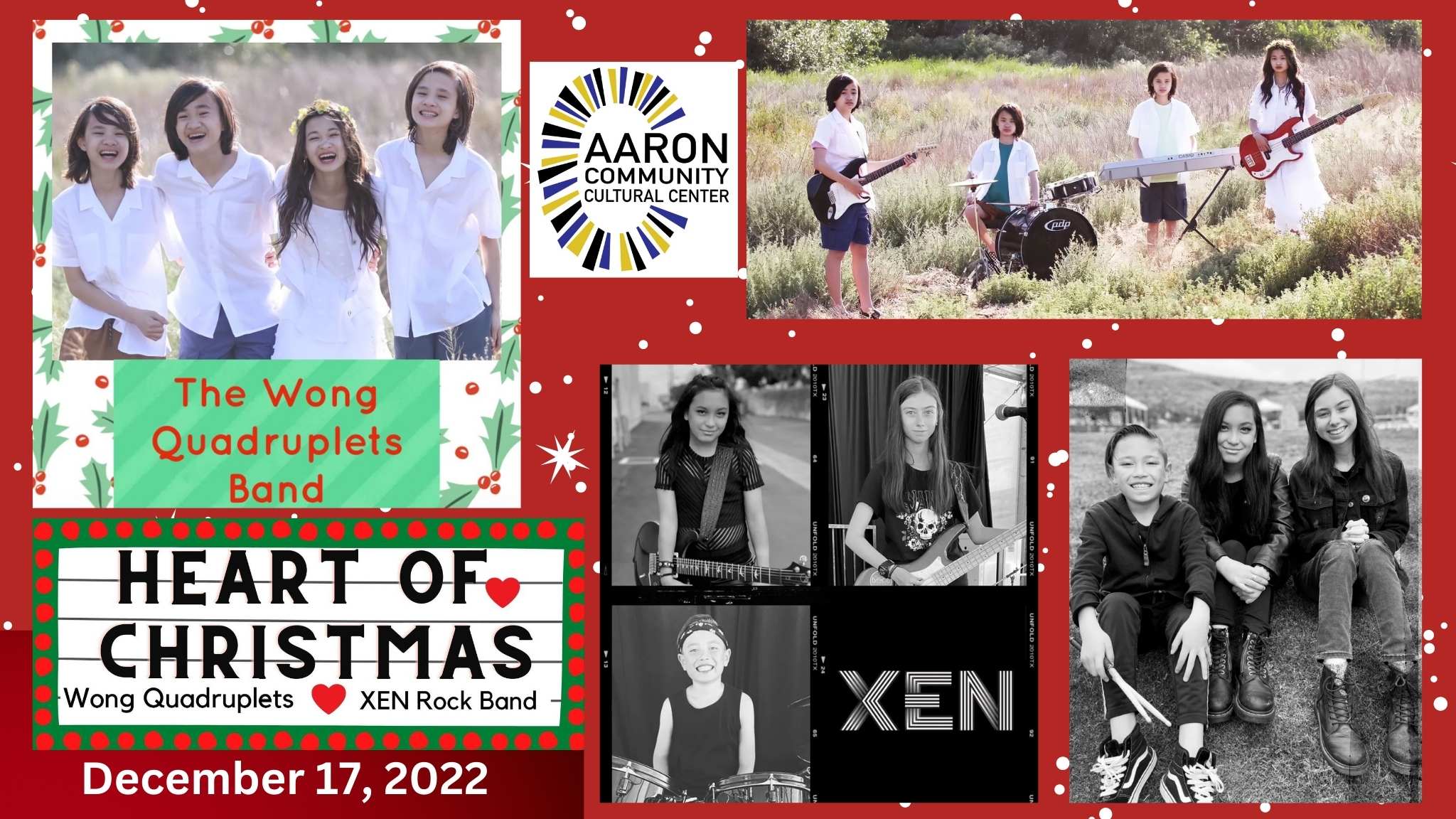 To find out more about XEN and their music, be sure to check out their website, xenrockband.com, Instagram page (xenrockband), and the XEN Rock Band YouTube channel for more info.